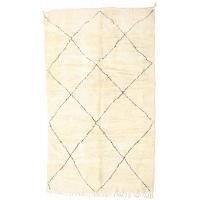 The Beni Ouarain diamond pattern Berber rug is a chic Berber rug. It is a hand-knotted Moroccan rug. Rug with geometric patterns and diamond mesh weaving 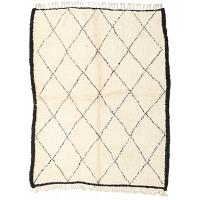 The Berber carpet Beni Ouarain small diamonds is a chic Berber carpet. It is a hand-knotted Moroccan rug. Rug with geometric patterns and diamond mesh weaving 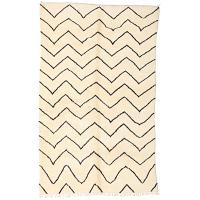 The Beni Ouarain waves pattern Berber rug is a chic Berber rug. It is a hand-knotted Moroccan rug. Rug with geometric patterns and diamond mesh weaving 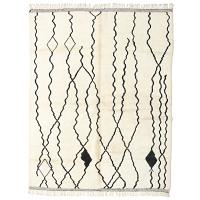 The Beni Ouarain striped Berber carpet is an authentic carpet. It is a hand-knotted Moroccan rug. Rug with geometric patterns and diamond mesh weaving 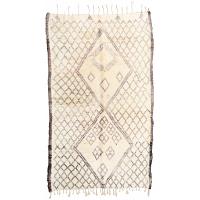 The Beni Ouarain ethnic and bohemian style Berber rug is a chic Berber rug. It is a hand-knotted Moroccan rug. Rug with geometric patterns and diamond mesh weaving 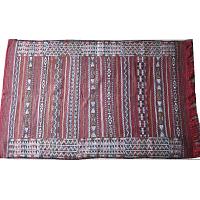 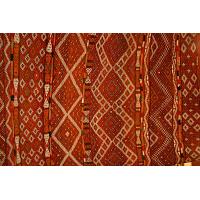 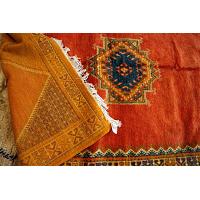 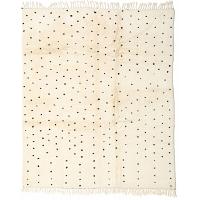 The Beni Ouarain Berber carpet is often called the Royal Carpet. It is a hand-knotted Moroccan rug. Rug with geometric patterns and diamond mesh weaving 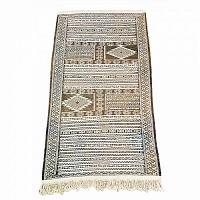 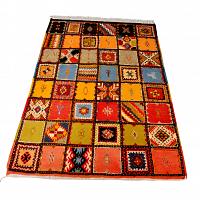 The Berber carpet: A story of women

In an eminently feminine gesture, they embroider enchanting rugs in chorus. They weave their dreams, or dream what they weave, thanks to these woolen threads which have linked the history of Berber communities for centuries.

80 km south of Ouarzazate, on the territory of the great Taznakht, the story of a free people is being written. The Berbers, also called the Amazigh, are the oldest inhabitants of the country, and more generally of North Africa. They have their own language and culture, and struggle from their uncertain origin to preserve their identity.

between the Atlas and Anti-Atlas massifs, where resources are limited, where vegetation is scarce, the rug is a vital resource for these Berber families with a pastoral tradition. But more than an essential resource, the Berber carpet, it is the echo of these territories which have welcomed these tribes to the point of becoming over time, the showcase of their identity, where an abstract geometry is mixed. and enigmatic, the symbols of Amazigh culture.

All the rugs in the region are works of the citadel mountain, the Jebel Sirwa is an intermediate massif, located between the two peaks of the Atlas. Since the 8th century, this land of transhumance has been home to Berber communities whose economy is based on pastoral activity. its shepherds are known for the specificity of their sheep, their wool, this material that is both unique and universal, links the carpet to breeding.

Renowned silky and shiny, Sirwa's wool is perceived as a gift from heaven, and takes on a sacred character, it constitutes the soul of the carpet and refers to the memory of generations of breeders and weavers, who have slowly and jointly developed this traditional know-how.

These carpets are the expression of the identity of the territories of the Ait Ouaouzguit. They are woven in the douars, these ancient tent villages, which can be fixed or mobile. and from which the Berber populations come. The douars are today attached to the communes bringing together the descendants of these nomadic tribes, now settled.

Thanks to these douars, these groups of dwellings, the nomads were able to have stability, they were able to meet their water needs, this also allowed them to cultivate their land, to have access to agriculture for food, feed their children, and their flocks. This environment has also greatly helped people to stabilize within these douars. The evolution of their way of life, has pushed most of them to settle down permanently, especially so that children can have access to education.

In the rural town of Iznaguen, which brings together around fifteen douars, the Berber carpet is also the torch of women's art. They take great care when washing, painting and weaving this wool which is the source of the prestigious Ouaouzguit rug. They are the artisans and guardians of this ancestral tradition.

Berber women provide blankets, djellaba, shepherd's cape or even braided shoes which are used for the different moments of daily life.

They make rugs for the convenience of their home. the rugs are woven and knotted by hand, strand by strand. some have tens of thousands of knots and sell for up to five hundred euros per square meter.

Women weave together this woolen thread, which is also what binds them together in these isolated regions. Behind its enigmatic signs and its symbols in geometric form, a language so particular is guessed.

For these tribes of oral tradition, the weavers turn the carpet into a manuscript, they encode rather than express a world of preoccupations, which since the dawn of time has been nothing but a mother-to-daughter conversation, childbirth, the cycle of life or even protection against the evil eye, are told with dexterity over the wool.

The Aït Ouaouzguit carpet carries the cultural identity of the Amazigh tribes, either through its symbols or through its colors. The dominant colors of these rugs are blue, red, yellow and green, which can be found on the Amazigh flag.

Signs that are organized in a visual atmosphere dominated by yellow: bright yellow and straw yellow or saffron yellow evoke the earth, plants, the territory of life of Berber women, considered since always as the pillar of the family as much as of the society.

The woman weaver plays a very important role in Amazigh society, her role is primordial and this does not date from today; it has been the case for a very long time. The Berber woman is recognized as an active character. It is the engine and the core of the family and those around it. She is also of great value from an economic point of view, through her work, whether for carpets, for agriculture when she keeps herds, in addition to the education of children at home.

About twenty kilometers from Aït Ouaouzguit, Taznakht is the temple of the carpet. This city is located at the crossroads of several major roads, which were once major caravan axes. Life is no longer what it used to be, but its past remains etched in the walls of its old Kasbah.

We are at the Casbah called Tighramt in Amazigh. In general Casbahs are constructions built in height as fortified cities. There are many in the south-east of Morocco. In Taznakht, the Kasbah represents the oldest part of The City. Similar constructions can be found throughout the Draa-Tafilalet region in south-eastern Morocco. Its particularity is its architecture

The particularity of the Casbah is its architecture, its clay structure and its defensive walls.

At the time, the city of Taznakht played a major commercial role through the bartering of products. Today it is its weekly souk which is famous throughout the region, it is the main trading platform for handicrafts. This is where you find these precious rugs, which will then be sold all over the world.

For a long time, carpets remained confined to the family circle, it was only at the beginning of the 20th century, under the impetus of the French protectorate, that its commercial value developed. They are now recognized as the flagship of Moroccan craftsmanship.

The Berber carpet plays an important role in the safeguard and preservation of the Amazigh cultural heritage. Berber culture is essentially an oral culture. There is no text to build and preserve the collective memory of this people.

Renowned among the oldest carpets made in Morocco, Berber carpets proudly display the colors of this people, where these arid lands have given rise to gold.